On October 10, 2020, a significant date in university sports, a tournament among students and graduates of Moscow State University was held at the Zavidovo golf club. Lomonosov. The tournament “MSU OPEN 2020” was held in a friendly atmosphere on a perfectly prepared field and good weather, which contributed to excellent results .. On this day, 80 people went to the start, including 10 students, 29 players from the graduates and teachers of MSU and 41 guests our tournament.

At the closing ceremony, a graduate of the Faculty of Geology Vyacheslav Komarov, who noted the high level of play of the tournament participants and expressed the opinion that the alma mater has another excellent tradition of holding annual golf tournaments among graduates and students of Moscow State University, and this tournament will give a powerful impetus to the development of golf in home university!

The idea to hold a tournament among graduates and students of Moscow State University came from the professor of the Higher School of Modern Social Sciences Milekhin Andrei Vladimirovich, who himself is actively involved in golf, and the shareholders of the Zavidovo golf club, personally CEO Vyacheslav Bocharov and his team, as well as support of the “MILE Group” company.

The path to big golf, as in Moscow State University, is about the same for everyone, a great desire and a basis laid down by the teachers. All three prize-winners of the tournament in the student standings (Milekhin O., Kimayev S. and Kimaeva I.) began to study with one children’s coach – Elena Aleksandrovna Mikhlina at Moscow State Conservatory, and Daniil Kvashin, a student of the Faculty of Geology who took 4th place, is the first graduate of the golf club “Vyrka” of the Kaluga region. He was a little upset that he played a lot of putts, but he deserved his prize for a great game!

We hope that 2020 will be remembered by the tournament participants not as a pandemic, but precisely because the 1st Moscow State University OPEN golf course took place in Zavidovo. 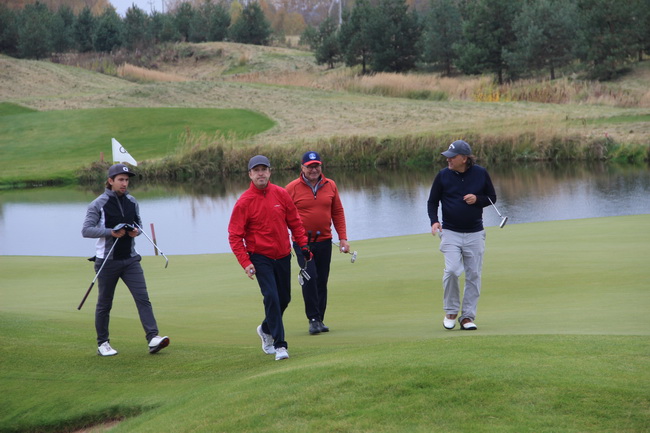 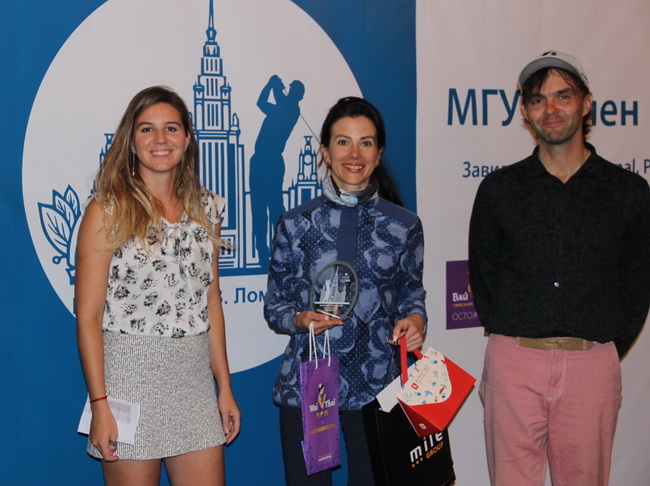 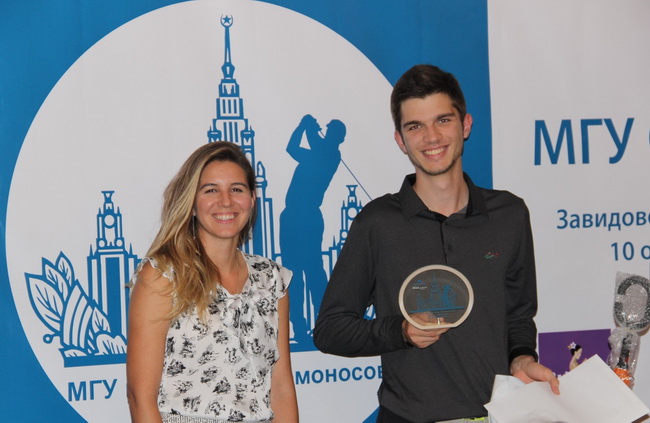 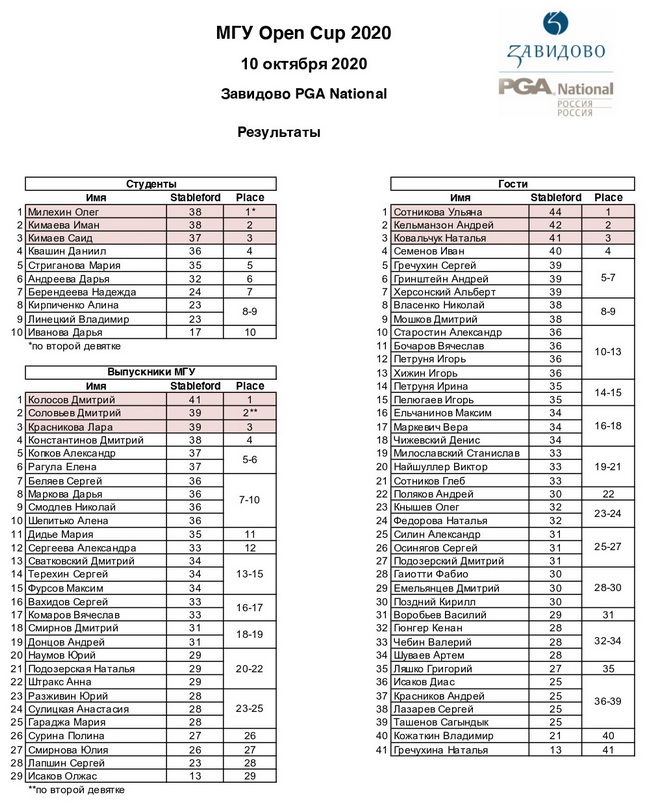