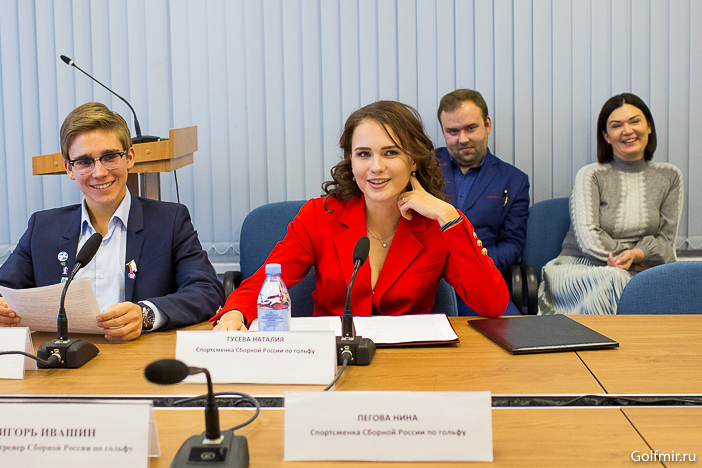 GM: “Natalya, how did you achieve such success last season?”

N.G .: “It was a huge job: I had to combine study, fitness training and golf. I had to pass early exams at school, so I had to work twice.

My main goal this year was to get into the top 100 of the International Amateur Rating (WAGR). And also qualify for the Solheim Cup.

I can say that I coped with the first task and got into the TOP 100. Among Russian women in WAGR I occupy the first position in the Russian golf rating, I am also the first.

The second challenge with the selection for the prestigious Solheim Cup tournament has not yet succumbed to me.

These were tournaments of the highest level and it was a great challenge for me to play competitions of this class. Overall, I am pleased with the performances. I did not take prizes everywhere, but I showed a negative score. From June to November, my statistic was “- 28”, which suggests that my average is below a couple.

“Compensation” for the fact that I did not get to the Solheim Сup was an invitation to a bright and prestigious tournament as part of the European team – Vagliano Trophy, where I performed very successfully and did not lose a single match.

The English team was very surprised that the Russian woman can play golf at a high level and win matches with a 5Up score.

Team Europe won and I am very proud to have contributed to this achievement. I was personally thanked by the President of the European Golf Association Jean-Marc Mommer.

I went to Young Masters to win. Having shown a score of -5, I should have been in the top 3 and our team would have moved up 5 lines, but the results of the 3rd day were canceled due to a thunderstorm. The results were counted on the 2nd day and I safely went to the 9th line, although I consider the game at the last Young Masters to be the most successful over the past 4 years.

I finish this season with a tournament in the USA. The next year begins in January, also in America, where I will play a very prestigious Orange Bawl tournament with Yegor Eroshenko.

I am sure that 2020 will be even more eventful and my goal is to get into the top 50 of the world amateur golf ranking, as well as qualify for the Junior Ryder Cup. “