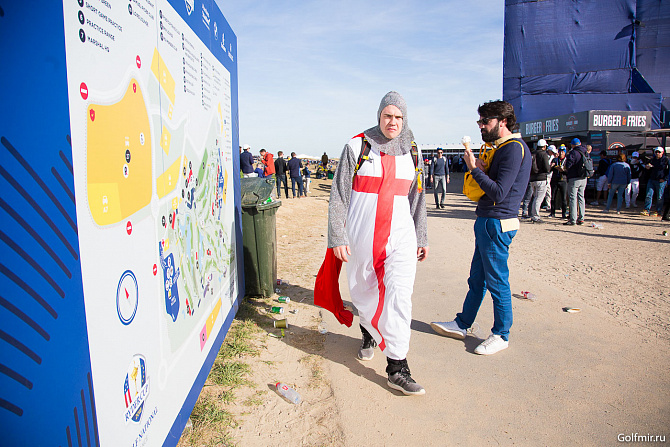 The Executive Committee of the World Anti-Doping Agency (WADA) on December 9 voted to remove Russia for four years from all major competitions, including the Olympic Games and World Championships. Russia has 21 days to try to challenge this decision otherwise the national team will have to play only in neutral status, without a flag and anthem…

The reason for the suspension was the changes in the database of the Moscow Anti-Doping Laboratory, which were made to hide the positive doping tests of Russian athletes. In fact the solution WADA it will be extremely difficult to challenge and the corresponding process will only delay the entry of the decision into legal force.

Since 2016, golf has become an Olympic sport, so the issue of compliance with strict regulations has become very relevant for the Russian Golf Association. RUSADA representatives can always be seen at major Russian golf tournaments – young people who are very serious and take athletes for an hour immediately after handing over the card to the judges.

We asked the President of the Russian Golf Association Viktor Khristenko about the state of doping in golf:

“Golf and doping recently crossed paths when golf officially entered the Olympic family. Before that, the topic of “doping” in golf was not heard. Nevertheless, the Olympic training cycle, the inclusion of golf in Olympic sports, of course, made this topic more relevant for us.

AGR had to create a system, approve regulations and rules, and be involved in all this work. All athletes had to learn and study the rules, confirm and receive certificates of knowledge of them.

This is, by and large, the newest page on doping in the entire 600-year history of golf. Before that, golf lived without it.

As a joke, it would be interesting to know what kind of “that very sweet pill” is so that I can play with zero handicap. But there is no such instrument in golf.

Nevertheless, I want to emphasize once again without joking that there is an appropriate commission that strictly controls the delivery of doping samples – “everything is like skiers.”

I will not make predictions about the consequences of the WADA Commission’s decision. Of course, this does not add optimism to anyone.

There is a lot of talk about politicization, but according to my feelings, on the one hand, as the president of the AGR, on the other hand, as an experienced person who has seen a lot, and on the third, as a young golfer, I can say that golf is the most non-politicized sport.

Even if we remember that Donald Trump plays a very active and decent role in golf … Nevertheless, golf is devoid of politicization. And it lacks this aspect, which is inherent in other sports.

I often wonder why this is happening.

Last year I got to the Ryder Cup for the first time in my life. I was interested in the atmosphere, the feeling. Seeing 60,000 spectators, or rather “participants”, many of whom are dressed in bright costumes of the American or European flag, is impressive.

I then learned that the Ryder Cup ranks second in viewership after the FIFA World Cup, which was a surprise to me.

So, the audience is all mixed up. Nobody is posted by sector. Together they, also with beer – “doping” – move across this field. Everyone on the exhale holds their breath during the impact, on the flight trajectory they express everything they can.

And there are no hints of conflict. You don’t need to seat anyone, keep the mounted police in order to suppress or disperse.

It seems to me that I was lucky in golf in this sense. He does not have these two aspects that are now present in the topic: doping and the politicization of this issue. We are deprived of both. We honestly fulfill all the instructions, although the story of doping is new for us. ”