The Moscow tour has completed its fifth anniversary season. A series of regular competitions was organized in June 2016 by the Golf Federation in Moscow and was held on various golf courses in Moscow and the Moscow region. The 2020 season has been particularly challenging due to the covid19 pandemic. But, despite all the restrictions, the federation managed to carry out all five planned stages of the tour in the shortest possible time.

Almost 50 golfers went to the start and played with pleasure on the oldest Russian 18-hole golf course.

Wonderful golden autumn again delighted us with warmth and sun. Even a short bad weather did not darken the excellent mood of the tournament participants.

Winners and awardees were determined in 6 test categories. Moreover, in the 2 strongest (among women and men with handicaps of 12.0 and below, playing in the format at the expense of strokes) – as a result of a replay.

In the group of women with handicaps of 12.0 and below, Veronika Kruchenko became the winner of the 5th stage cup (83 shots). In second place with the same result – Daria Andreeva, in third – Maria Goleva (84 shots). 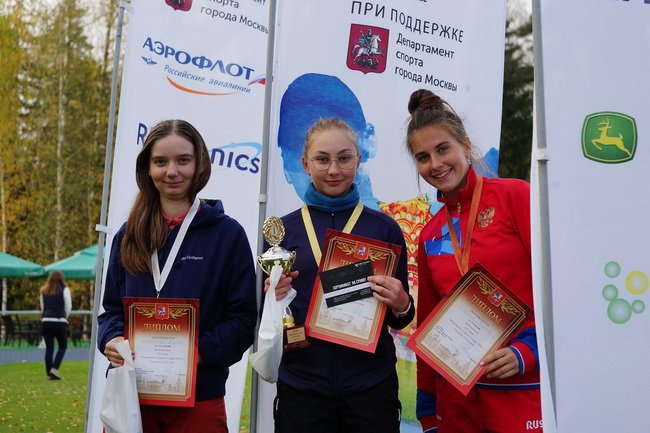 In the group of the strongest men, the cup was awarded to Mikhail Frolov (88 strokes). The second place according to the results of the replay was with Evgeny Slizhov, the third – with Mikhail Poletaev (89 shots). 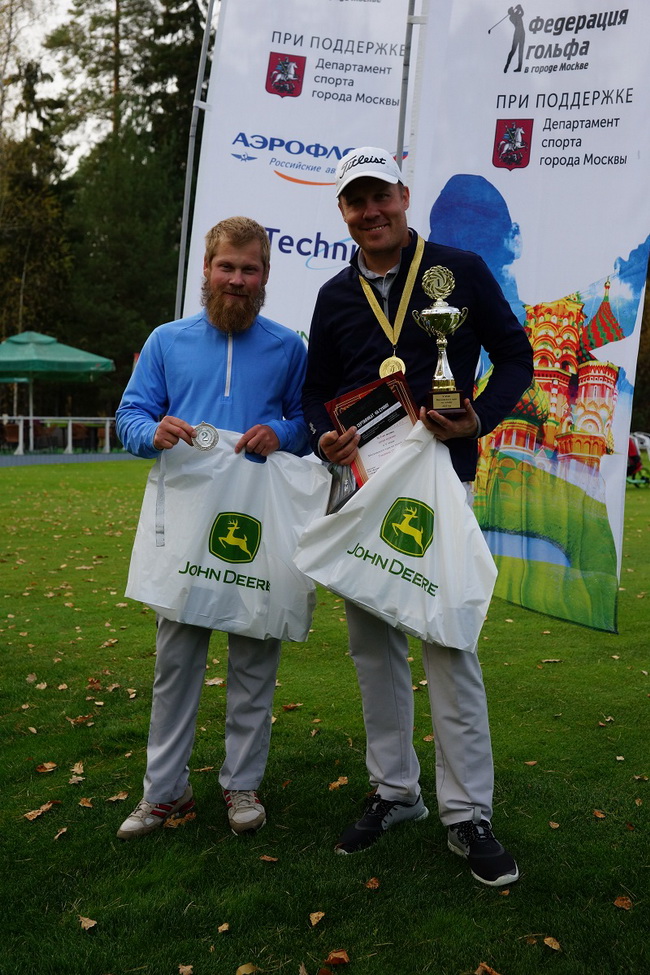 The leader among juniors in the 12.1-24.0 handicap group, playing in the Stableford format, taking into account the handicap, was Pyotr Konosov (37 points), the second was Artem Shilov (32 points), in third place was Kuzma Rybkin (31 points). 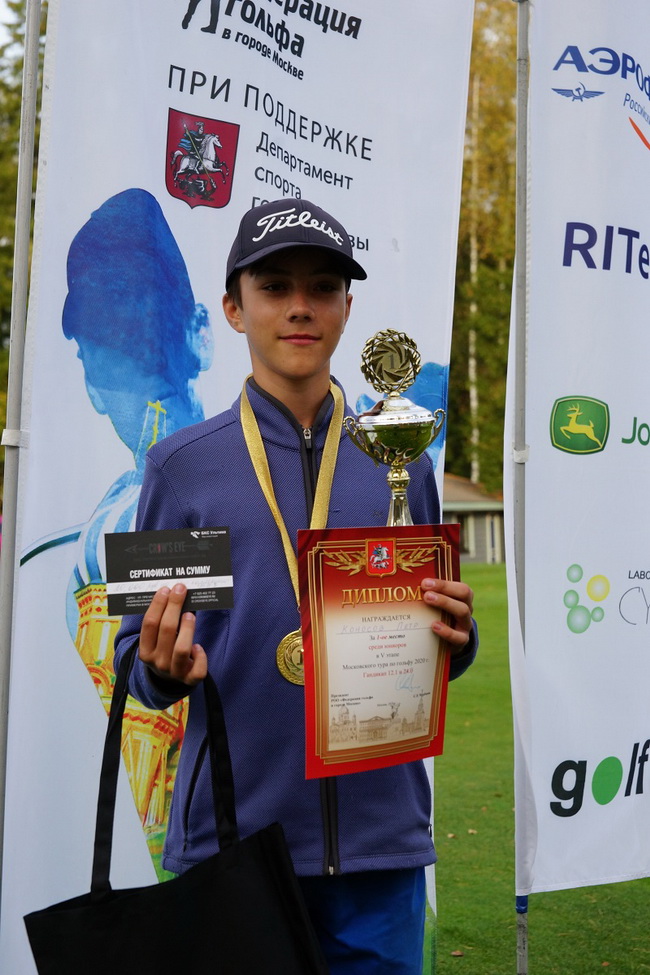 The youngest participant of the tournament Anna Militsyna (37 points) showed the best result among juniors. 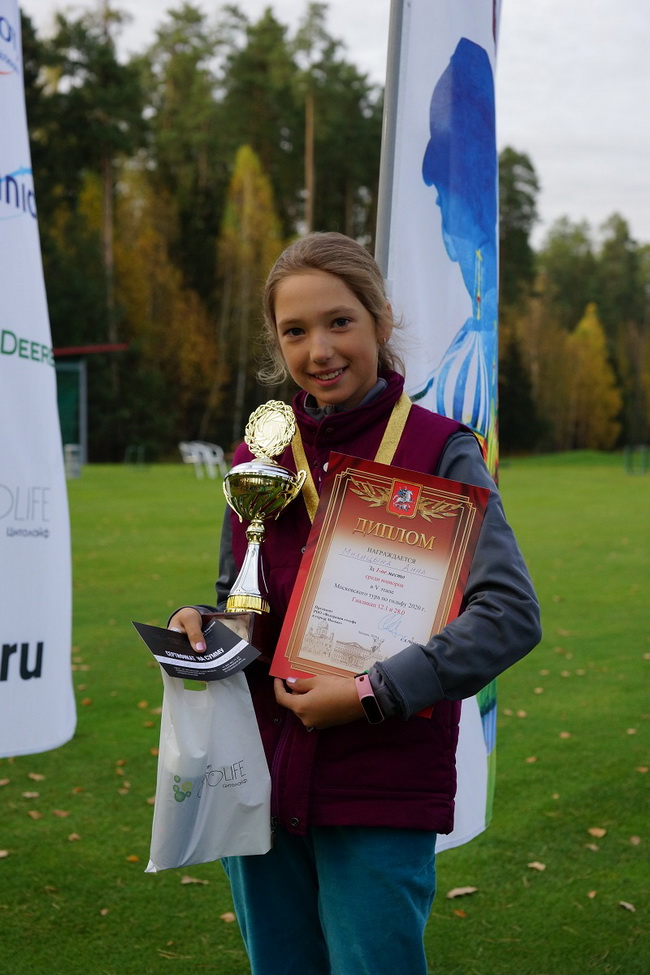 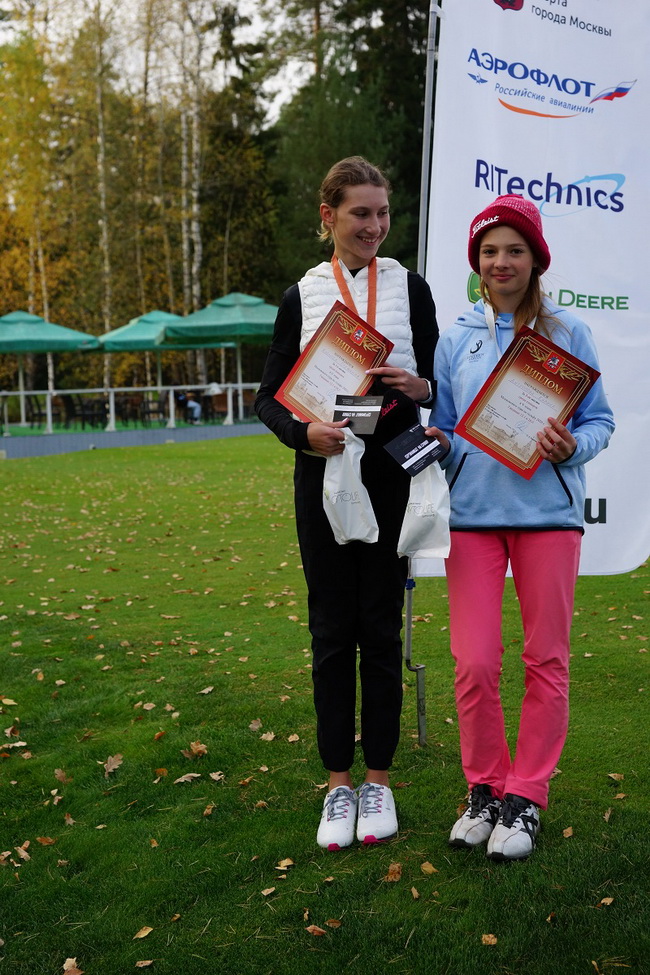 Aleksey Shimansky (44 points) became the winner among men born in 2002 and older with handicaps 12.1-36.0, playing in the Stableford format, taking into account the handicap, in second place – Alexander Chugunov (43 points), in third – Gottardo Lamberto Stefani (41 points ).

In the group of women born in 2002 and older with handicaps of 12.1-36.0, Oksana Trunova won the cup (33 points), Marina Rukavishnikova was in second place (28 points), and Elena Holomieva was in third place (25 points).

As in previous tournaments this year, the overall awards ceremony has been replaced by awards in separate scoring categories. Cups, medals, diplomas were presented to the winners and prize-winners by the Executive Director of the RPO “Golf Federation in Moscow” Sergey Shulgin and the chief referee of the tournament Ekaterina Boldyreva. 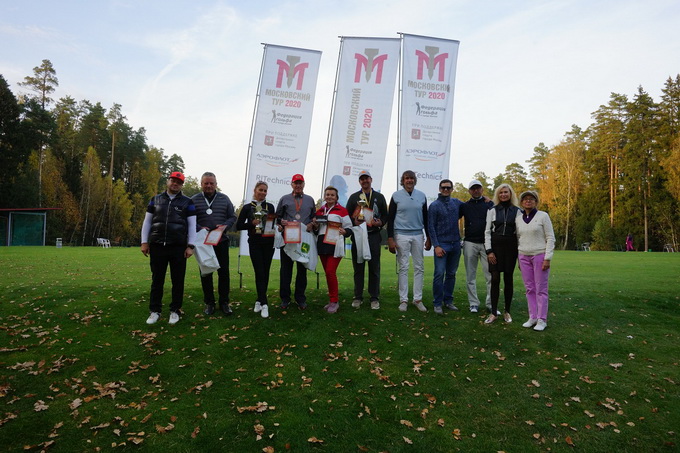 The winners and prize-winners also received gifts from the partners of the tournament – the sportswear brand Crow’s Eye, the John Deere company and the Cytolife laboratory.

The chief editor of the GolfAreo magazine Ruben Arutyunov presented Veronika Kruchenko with the prize for the best score of the tournament. 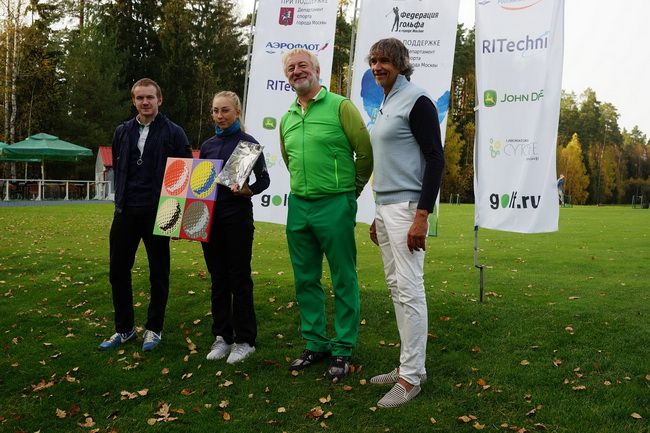 The Moscow Golf Tour 2020 is held by the RPO “Golf Federation in Moscow” with the support of Moskomsport.

At the end of each stage of the Moscow round, the participants are assigned sports categories.

Informational partner of the Moscow Tour – GOLF.RU – site # 1 about golf in Russia.

We are grateful to the management of the Moscow Country Club GlavUPDK of the Russian Foreign Ministry for their help in organizing two stages of the Moscow tour!

We are grateful to the management of the Moscow Department of Sports, Forest Hills golf clubs, Moscow City Golf Club, Links National, partners, sponsors for their help and support in holding the 2020 tournaments!

Thanks to everyone who was with us in this short but bright and eventful tournament season. We are waiting for you at the official tournaments of the RPO “Golf Federation in Moscow” next year, but for now – welcome to our less official tournaments of the “Moscow Tour. Friday ”, which we spend every week at the Krylatskoye golf club. Format – Stableford, 9 holes, with professional judging and entry into the AGR Handicap System. We invite all golfers with handicaps up to 54.0 in the official classification, and those who cannot confirm their handicap to play outside the classification and get a useful tournament experience.

See the Final Protocol of the 5th stage.