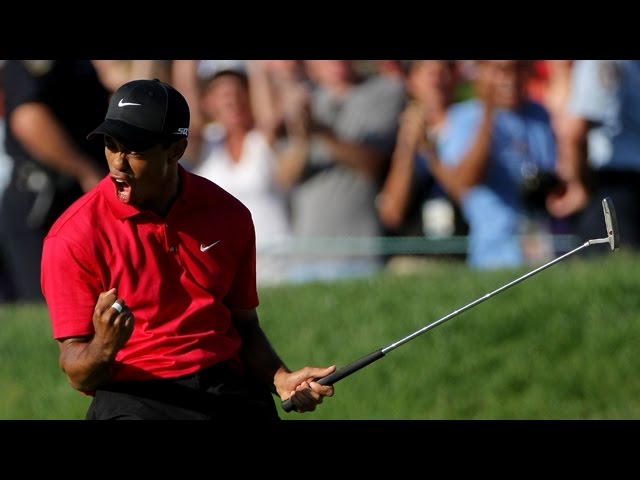 The highest golf course in the world is the Tuctu Golf Club in Moro Coche, Peru, the lowest point on the course is 4372 meters above sea level.

The longest hole in the world is the seventh (par 7) hole of the Japanese Golf Club’s Sano Course. It is 831 meters.

The largest bunker in the world are the Devil’s Half Acre (2024 m2) on the 7th hole of 534 meters on the Pine Valley Course in New Jersey.

Strike at 2414 meters on Ice owned by Australian meteorologist Nils Lyde at the Moson base in Antarctica in 1962.

Longest recorded beat the regular field is the 471 meter kick taken by Michael Hawke Austin of Los Angeles, California on September 25, 1974 at the US National Seniors Open Championship in Las Vegas, Nevada. At the Winterwood Course, Austin, with a height of 188 cm and a weight of 85 kg, sent the ball to a distance of one meter from the green on the fifth hole at 411 meters, where the par was 4. The ball rolled 59 meters past the flag. Austin was helped by a tailwind of about 56 km / h.

Biggest Advantage When Winning in the main tournament is 21 hits. This was achieved by Jerry Pate at the Columbian Open from 262 December 10-13, 1981. In 1921, Cecilia Leich won the Canadian Ladies Open Championship with the largest gap for such an important title – 17 up and 15 in a game.

Longest replay competed in the 1931 US Open in Toledo, Ohio. George von Elme and Billy Burke drew at 292, followed by a draw in the first replay at 149. Burke won the second replay with a single hit after 72 extra holes.

The longest distance the ball flew before hitting a hole, was recorded on hole 10 (409 meters) at the Miracle Hills Golf Club in Omaha, Nebraska; this record belongs to Robert Meetera on October 7, 1965. Metera was 168 cm tall and weighs 67.5 kg. He was a player with a handicap of two, and his range was typically 224 meters. A gust of wind with a speed of 80.5 km / h carried the ball 265 meters after its impact.

Possibly the largest green in the world is the par 65th hole of 634 meters at the International Golf Club in Massachusetts with an additional area of ​​2,604 square meters.

Largest number of hole-in-one for a career is 68; this result was achieved by Harry Lee Bonner between 1967 and 1985, most of which were performed on his home 9-hole course in Las Gallinas, San Rafael, California.

Bob cook Hit the hole with a putt at 42.76 meters on Hole 18 St. Andrew at the International Fourball Pro Am Tournament on October 1, 1976.

Recommended for watching the video “The best moments in golf”.