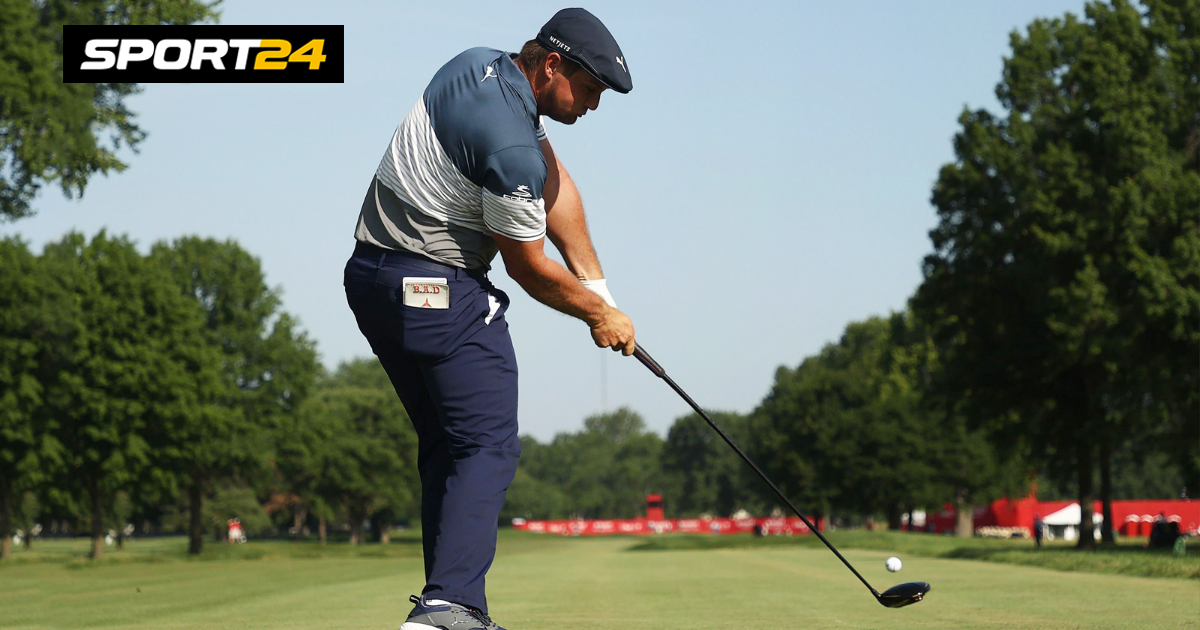 Exactly a week ago, Bryson Deschambeau once again surprised the world of golf. At his first tournament after winning the US Open (Shriners Hospitals for Children Open), he is already in the opening round repeated his best result in the PGA tour – 62 hits. It was not even the fact of repeating the record that surprised me, but how exactly Deschambaut achieved it. Bryson made it to the greens of all three par-5 holes in two shots, as well as two greens par-4 holes in one shot. Thus, the American had five putts on the needles at once. None, however, could be used, but in any case, Bryson became the best on Thursday. In the future, the US Open champion did not act so successfully and eventually took eighth place, but with his game he again made people talk about himself.

So, for example, expressed Englishman Matthew Fitzpatrick, who believes that his tactics are destroying the spirit of the game by Deschambeau’s tactics, because according to Fitzpatrick, you don’t need special skill to complete 350-plus yards drives, and the beauty of golf lies in something else. “I looked at the trajectory of his shots on Thursday, at how he cut corners on some holes. When Deschambeau is on fire, there is no point in playing against him. It doesn’t matter if I play my best golf or not, he will still be 50 yards from the tee ahead of me. So I can only compete with him on the green, which is ridiculous. For example, at the US Open, I performed excellent initial strikes and hit extremely difficult fireways, but at the same time I lost very much to Bryson in distance. He also hit the rafah, but he constantly interrupted me and then took the veji in his hands. I think this is just a mockery of golf. I’m sure many will disagree with me, ”says Fitzpatrick.

Deschambeau’s answer was not long in coming. “I am grateful to him for this comment. This is actually a compliment. A year ago, I couldn’t get close to sending the ball the distance that I can today. It took me a lot of work, I spent a huge number of hours in order to reach today’s indicators. Despite the fact that my percentage of hits on fireways has decreased, I still believe that I am directing the balls in a straighter trajectory now than a year ago. Once again: thanks to him for this comment. I would like to meet with him, offer my services and ask: “Why don’t you also become a“ truck driver ”? Rory and Dustin went this route, and I think this is great for golf, ”said Bryson.

Of course, other players did not stay away from the confrontation between Fitzpatrick and Deschambeau, because the topic raised is very important. Indeed, Bryson has changed himself and is now starting to change the game. A few years ago, he was a slender young man without outstanding drive, and now he has added nine kilograms of muscle mass and has become practically a bodybuilder. Rory McIlroy, who also belongs to the “truckers”, does not think that Deschambeau is doing something illegal. “I think stroke length has always been an advantage in golf. I’ve always hit long distances. It is important for me to know that at least I can punch far when I need it. In recent weeks, I have achieved incredible head and body speed, as fast as I have ever swung. As for the future of golf, I read a great article in the Wall Street Journal last week. It says that every sport gets faster and stronger, in every sport, athletes hit farther and farther. I don’t think golf is any different. I just try to progress with the game itself. Bryson is trying to achieve the maximum speed of his movements. In training, he performs a series of shots on the net, that is, he does not even know exactly where his balls are going, he just tries to make his movements as sharp and fast as possible, ”explains McIlroy.

GOLFTV commentator Maria Surova also believes that Deschambeau acts within the framework of the rules and does not harm the game. “I believe that every golfer, if, of course, he does not violate the current rules, can use his strengths to the maximum. Matthew talked about Deschambeau’s style going against the spirit of golf after the American’s amazing first round of 62 hits. But in the following days, we just saw the flip side of Bryson’s game: after all, he lacks stability, and when the drives do not go, he is quite vulnerable. Suffice it to recall that on Saturday after six holes he played +5. In addition, one must understand that the power that has appeared in Deschambeau’s strikes is all the fruits of hard work in the gym and many hours of training on the driving range. And no one prevents, for example, the same Fitzpatrick from starting to work on himself, if he thinks that he needs the “range” that Bryson has. I believe that he does not violate any rules and, like any other golfer, tries to make full use of his trump cards, ”Surova said.

A similar opinion is shared by her colleague Fedor Gogolev: “Bryson found not only his own original path to mastery and stability, but also a well-thought-out and difficult strategy in achieving consistently high results – increasing muscle mass, power and drive speed. What’s criminal, unethical, illegal? If he did not “sit down” on anabolic steroids or something even more serious, then this is his path to victory, his “chips”, which always began to irritate those who have the “correct” path to the podium, who do not hit far and accurately driver from tee. What if suddenly a player appears in the world of stars who will regularly score chips and pitches from a distance of 5 to 100 meters and win at the expense of them? Putting masters need to throw tantrums and tournament lockouts, they say, we don’t need such golf ?! Nonsense, of course. Who is the first is the right one. In sports. I think that the noise around Deschambeau plays into the hands of the PGA, USGA, and the whole world golf. The more we argue and talk, the more the desire to repeat and hit the driver further away! By the way, “truckers” always wanted to cut off oxygen when creating fields … Jack Nicklaus. He tried to make the field so that on par-4 the player did not come out as a driver under the green, and then wedged a chip and one putt. Jack made such fairways more difficult, and on the 5-par holes, players had a tiny green near the water and lined with bunkers. All this was done so that the needles were not made, sending the ball to the flag with the second blow, ”Gogolev said.

In the meantime, there are talks Bryson himself is going to play on the Masters in mid-November with a new driver with the maximum permitted shaft (length 48 inches) and by that time he wants to weigh about 111 kilograms. Deschambeau said Sunday that he wants the Masters to hit 2,000 drives ahead.